Mirroring, share or videocast functions on Android are no longer a novelty.

We can see on a TV everything we run on our smartphone. It is a cool feature and also a useful function for each of us, and we will talk a little about this.

We can view videos or pictures on the phone without cables or we can play games by mirroring the image from the phone on our TV screen.

Why video mirror your smartphone to the TV?

You can watch movies or tv series streamed directly from your smartphone on the TV screen. The resolution and the bigger screen of the TV are perfect for movies while the phone becomes a complete remote control.

You can play Android games directly on the TV just like on a console and is good to know there are even games made especially for this feature -where the smartphone becomes a controller.

Using screen mirroring you will see videos from Youtube directly on the TV, clips that will be played at the resolution of the TV screen.

Simply sit in bed and play any video and audio content on your phone that becomes a TV remote control. Netflix, Amazon and others are ideal for being projected from a smartphone to a TV.

Some phones (such as Huawei or Samsung) support desktop mode when you connect them to a TV. Basically, the phone becomes a mouse keyboard and the TV becomes the PC monitor. This way you can use the TV as a computer.

For convenience, we need a smartphone which has built-in video mirroring. Most high-end models have this feature (Samsung, Lg, Huawei, etc.).
Cheaper models do not have this option available and then we will need a device for mirroring (or casting).

When you buy a smartphone, check the availability of this function.

Huawei – at the top of the screen, after you swipe down, make sure you have the MirrorShare icon.

Samsung – make sure you have the Screen Mirroring or Smart View icon.

Lg- check to have the Cast function.

Use Chromecast or another videocast dongle

If we do not have a Smart TV, we can turn it into one using a cheap device like Chromecast.

Chromecast is a small gadget that connects via HDMI to the TV and is powered by the USB port of the TV or a socket.

We will talk more about this towards the end of our article.

Of course, you can also opt for an external media player with WiFi that allows the screen mirroring function.

A media player is more than that – it can run any file, has a web browser and much more.

It basically works like a small Android PC and turns your TV into a super smart one.

Setting the Tv to mirror a smartphone screen

If you have an LG TV, go to Settings / Network and from there activate the Miracast / Wi-Di option.

Once this option is activated, open Allshare Cast on your smartphone and after a short search the LG TV will be discovered.

On TVs with Web OS (Smart TV) activating the mirroring function is simple. Choose the Screen Share application from the Web OS menu and then connect the two devices.

When you’ll begin connecting the smartphone to the TV, the device will ask for your consent and then automatically display the video content from the smartphone.

On older TVs, you have to press the Source button on the remote control and from there choose Screen Mirroring.

The same method applies to Sony or Philips TVs.

If your Sony or Philips TV has Android as its operating system, then you can download the Google Home App on your smartphone.

This allows the pairing of Android devices from the same network and thus the smartphone will connect to the TV.

For the non-Android TVs, simply access the mirroring display function from signal sources.

Then you can play any video and audio file with the Google Cast function.

Screen mirroring has different names on different TVs and smartphones.

That’s why we should read carefully the user manuals of the products you have.

How do I connect my Samsung smartphone to send pictures and videos to my TV?

On Samsung phones, the screen mirroring function is available under several names depending on the model and version of the Android operating system.

You can find it as: AllShare Cast, Screen Mirroring, Smart View or Screen Cast.

For mirroring we should have a newer smart tv or a cast dongle.

Latest Samsung TVs support Screen Mirroring or Screen Cast out of the box, except maybe some cheap 32-inch models.

Let’s see how we set up the Samsung smartphone to connect to the TV.

The function can be activated by swiping down on your smartphone screen and accessing quick settings. From there, choose Smart View icon.

The Samsung smartphone will start a search to find compatible devices.

On the TV we press the Source button and we go to Screen Mirroring and select this option. Newer TVs do not need this step because the function is permanently active.

On the smartphone we choose the TV we want to connect to from the list of found devices.

The TV will ask for permission to connect and we accept.

In a few seconds what we see on the Samsung smartphone we will see on the TV.

How to connect Huawei smartphones to TV

Huawei is one of the popular brands that compete directly with Samsung. How do you do screen mirroring with a Huawei phone?

On older Huawei models (P9, etc.) activate the Multiscreen function in the settings – scrolling the top bar down.

By activating Multi-Screen, the TVs available for connection will be displayed.

Choose the TV you want to connect to from the list and you’re done, you can play multimedia content from your phone on the TV.

For newer Huawei smartphones, the function is called Wireless Projection.

Activate the Wireless Projection function by clicking on the application icon.

The smartphone will start searching for TVs that you can connect to with your phone.

Once we find our TV, select it, and the Huawei smartphone will sync with it. All we have to do is change the TV source to Screen Mirroring to see the contents of the phone screen.

If the TV supports, you can also activate the Desktop mode which turns it into a PC with the phone acting as a mouse and keyboard.

How do we mirror the screen of an LG phone on a Smart TV? 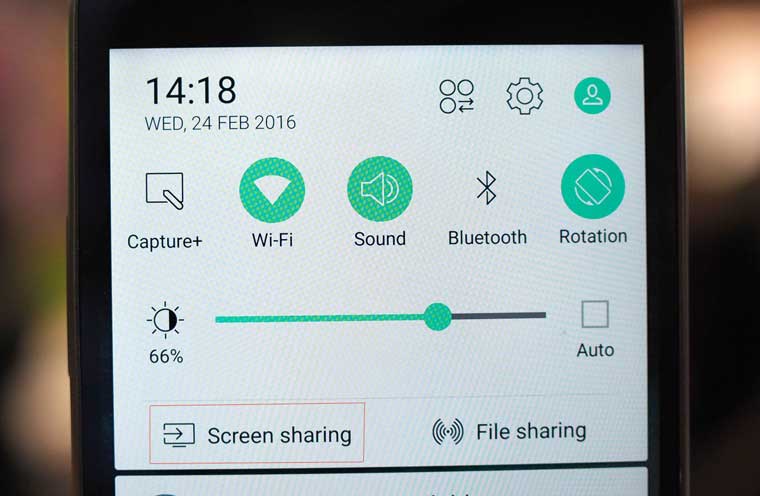 LG smartphones have a similar function for mirroring the screen on a TV.

You can access this function by scrolling the top bar down and activating the Screen Share function from the quick menu.

From the list select the desired TV and the phone will connect to it.

Accept the connection on the TV.

This is not normally possible with the integrated Airplay application.

However, there is a paid application that allows you to mirror the content on your iPhone or iPad on the most popular Smart TVs on the market.

It is one of the few applications that work for screen mirroring without the need for an Apple TV.

Check the compatibility of the TV and the rest of the details about this application here – https://www.airbeam.tv

It is one of the best solutions for mirroring iPhone screen on smart tv.

What can we cast when using screen mirroring?

Just about anything. We can directly mirror the screen, we can watch movies, we can play games or run any application.

For videos and photos, simply access the Gallery, select the video you want to see and it will instantly run on TV with very good quality.

It’s easy to watch your favourite movies or videos on Youtube this way.

As for games, I find it just as interesting even if the TV display resolution is much lower and the images appear much more pixelated than on a dedicated console of a newer generation.

I played many games using mirroring: racing, shooters or actions type games. Everything worked correctly, there were no noticeable lags and the gameplay was pretty good.

I can say that mirroring can be used as a free mini-game console, using only the smartphone and the TV.

It is probably one of the most interesting features introduced by Android and smart TVs in recent years.

If we don’t have Smart TV, how do we proceed to mirror the smartphone screen on the TV?

What if the phone does not have Screen

The cheapest and most convenient solution is to use Chromecast.

It is a device invented by Google and which allows the smartphone screen to be mirrored on the TV. The Chromecast connects to the TV via HDMI and is powered from the TV’s socket or USB port.

What can Chromecast do?

It can project the screen of the smartphone to the TV, play games developed for Chromecast or it can be used to run on TV various applications such as HBO Go, Netflix, Youtube and many others.

This device has all these functions, does not consume the phone’s battery and is really very cheap.

So if you don’t have a Smart TV or your phone doesn’t allow mirroring, Chromecast is probably the best solution to turn your TV into Smart.

To use a Chromecast device, you need a wireless internet network, but I don’t think this will be a problem for most of us. These are the basic things to know.

Of course, the function is also available on other models of phones with an operating system from Android 4.2 and up.

Apps to stream movies from the internet using screen mirroring

If you want to watch movies from your smartphone using screen mirroring, some popular apps are Vlc, All Share Cast, Bubble UPnP.

These apps are designed to cast image and sound from smartphone to any compatible tv and are perfect as media players.

Also, most of these apps can stream live content from the internet( from a link or URL) directly to your tv’s screen. 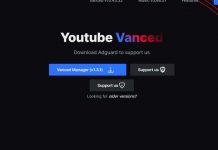 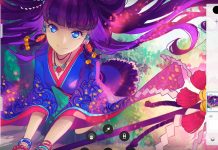 Best Drawing apps for your Android phone or tablet 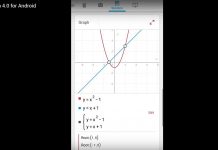