In the following paragraphs, we will discuss about the main elements to consider when buying a built-in oven, whether it’s electric, gas-powered or steam powered.

We will look at the main differences and technologies used by main producers of built-in ovens, which are able to build cooking wonders that can prepare one or more meals at the same time.

Most simple ovens use electric current although there are still a few models left on the market that use natural or butane gas. Regarding size, most ovens are usually 60cm tall, as current cases are built on this size.

Double ovens feature larger sizes, as it is to be expected. In order to be mounted, built-under ovens need a 720mm tall opening while built-in ones need 880 mm.

While they are larger and have two spaces for cooking, double ovens rarely come with multiple functions for both openings. Usually, the secondary space works as a regular oven and grille, while also being smaller in size than a standard one. In the few cases where both openings are equal in size, the second opening is called twin.

Types of built-in ovens based on materials

These are the most spread and used ovens, especially since stainless steel is a material that keeps its properties in time. There are various differences in terms of the type of stainless steel used by oven producers as well as quality-wise. Cheaper models feature a lower-grade build material that loses quality after some time or deteriorates visually faster.

For mid and top range build-in ovens there is anti-spotting stainless steel (which is harder to stain and doesn’t get fingerprint marks) or even treated stainless steel that counters oxidation, scratches for many years (for example iXellium from Whirlpool). Obviously, the type of material used rises the price of the built-in oven.

Usually black or similar color, glass-ceramic ovens are next up in popularity, after stainless steel models. They are easy to maintain thanks to the material used but a large amount of care is required to avoid large mechanical shocks that can cause the glass to break.

These are usually painted in white, pale gray o black and are as easy to maintain as a classic oven. Furthermore, the ovens are as durable as stainless-steel ones but can be a bit more expensive. On the other hand, enamel paneled ovens can easily integrate in any kitchen by choosing the appropriate color. Most ovens come in black, white or pale gray. We can always find a hob or cooker hood that will match colors with the chosen model.

Built-in gas ovens are not very different from classic ovens in terms of cooking.

Usage costs are small since gas is used to prepare food; however, the temperature is not as precise as with an electric oven. The heat is transferred from the gas flame and it’s difficult to distribute it uniformly throughout the oven inside.

Convection-based gas ovens use a flow system that creates a uniform hot air flow throughout the oven, leading to better quality food.

Although the overall cost may be a little bigger, food comes out tastier given the exact temperature and uniform heating within the oven.

Modern electric ovens feature low power consumption (around 0.7 Kwh/h), being the most sought-after product in the last years.

Food is cooked really well since the temperature is precisely set within the oven. Electrical resistances that provide the heating are disposed both in the upper and lower area of the oven, and hot air ventilation keeps a constant temperature.

What is built-in oven convection?

To keep a uniform temperature within the oven, a convection system is used. The system consists of a ventilator that recirculate interior air, or a fan and an extra heating ring place behind the fan, allowing for better or multiple meal cooking with less energy. Most currently available ovens come with a convection fan.

While they’re less used, the food heating system on steam built-in ovens is healthier. Steam cooking is highly recommended for those on a diet, who wish to eat healthy (without breaking the composition of food) and so on.

The working principle of this oven is as follows: a special water recipient inside the oven is preheated, then water is turned into steam that cooks the food.

Along with the above-mentioned benefits, steam ovens can work with special plates such as soufflés, sauces and yoghurts. The one (and rather big) disadvantage of built-in steam oven is the increased price compare to other types of ovens.

Conventional ovens are cheaper and don’t feature any extra functions. However, these are useful for food that takes time to cook (steak, cookies). These built-in ovens without a fan can cook a lower number of plates due to their heating system. While price is their biggest advantage, there are quite a few drawbacks in terms of cooking.

To benefit from a multifunctional oven, you need to choose one with convection features.

Convection is the cooking process where ventilation is used. Hot air is circulated within the oven and it’s ideal for grilled meat, soft cake base and other recipes.

Also, air convection can be used for grilled meat.

Basically, more than half of the regular recipes require a convection heated oven.

A few features of the best built-in ovens

Ready to Cook – it’s no longer required to pre-heat the oven, saving time.

Cook 3 – it’s able to cook 3 meals at once, without mixing the flavors. For ovens that allow multiple cooking, the air is moved within the oven in such way that each plate is cooked properly and the flavors don’t mix.

Automatic cooking  – premium ovens allow direct selection of the food you are about to cook and it will automatically adjust temperature and cooking time. You won’t have to deal with these issues any longer. Some ovens even feature sensors that determine the temperature inside the meat or other food, determining when the plate is ready.

Cold  door – the outer door glass of the oven remains cold or warm at most during cooking. Dampened doors close slowly, silently, and most important, automatically, after the food is removed from the oven.

Built-in induction oven – some top models come with induction plates attached to the inside of the oven, heating food fast. The food must be placed on a special plate that is received with the oven.

The material in other plates might not withstand the quick heating and crack under the extremely fast change in temperature, possibly also damaging the oven. 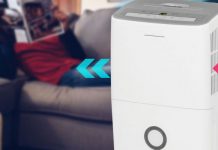 Top benefits and reasons for owning a dehumidifier 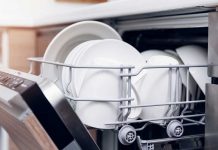 Best dishwashers for home use 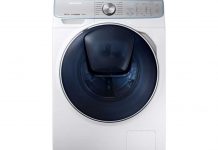